Anyone who read my very first post Blogging and the art of procrastination will know that, among other things, it took me a while to find a name for this blog.

Why ACE?  What can I say, I’m an 80’s kid… Everything that’s “awesome” now, was “ace” in the 80’s (where I was growing up) and it’s one of my all-time favourite words. Synonyms are; excellent, outstanding, first-class, first-rate, brilliant, expert…

My mission is to be an ace English teacher to help my students be ace learners. The purpose of this blog? To share my journey…

Rather than “Motivating teens” I called this post “Motivated teens” as I am particularly interested in seeking out, building on and maintaining intrinsic motivation.

Providing teens with a quick fix of extrinsic motivation is not that difficult. Show me a teen that doesn’t like a Kahoot, a game of Bingo or some kind of reward (preferably one that improves their mark or tastes yummy…) The more difficult task is setting up and maintaining the conditions for learning where intrinsic motivation comes to the fore (bringing about more sustainable learning.)

We know that building rapport with students is fundamental if we want to get the best out of them.  Establishing positive student-student and teacher-student relationships also helps create a positive classroom atmosphere which in turn leads to more effective learning.

How can we build positive relationships?

This is an activity to help build rapport and create a positive classroom atmosphere which addresses all of the above. I do it at the start of the school year but it can be done at any time, especially if you see a need for students to sit back and reflect on their personal situation and/or what is happening in class (and how they can help change the situation.) 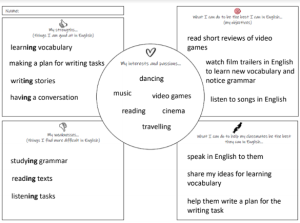 In this step students reflect on the reality of their situation and ways of making me progress (especially in the areas where they are not so strong.)  Ideally they create objectives linked to their interests and passions, making learning more personal, relevant and motivating.

END_OF_DOCUMENT_TOKEN_TO_BE_REPLACED

What is a bag of tricks?

A bag of tricks (BOT) is “a combination of items that could be used to help out in a sticky situation, solve a problem or respond to a need” (my personal definition.)

What’s in my bag of tricks?

When do I use my bag of tricks?

END_OF_DOCUMENT_TOKEN_TO_BE_REPLACED

This will be a short but sweet one, but oh so very sweet!

If anyone isn’t aware, last night Liverpool FC left us all at a loss for words and wondering what the heck had just happened?

Liverpool faced a monumental task going into the second leg of the Champions League semi-final, having lost to Barcelona 3-0 in the first leg at the Camp Nou.  As if that wasn’t bad enough, star players got injured and it seemed like it had been good while it lasted…

However, while many were busy writing them off, some never lost hope (least of all the players and the manager) and Liverpool ended up beating Barcelona 4-0!  An incredible example of resolve, strength and belief; the shirts said it all “Don’t give up!” It’s hard for anyone not to admire what Liverpool managed to do last night (even a Barcelona fan!)

So off I toddled to class today ready to wind a few students up (who incidentally had been winding me up all week…) What I hadn’t considered was the potential that this surprising news had for learning opportunities (until they hit me in the face that is.) END_OF_DOCUMENT_TOKEN_TO_BE_REPLACED

“Projects are a great way to develop language and other essential skills, however we need to give students a bit more than an “Off we go…” to ensure quality learning is taking place.”

Read my latest post Projects: Setting students up for success on www.teachingenglish.org.uk

I discuss some of the benefits of doing projects in class and how I set them up to ensure all students are organised, prepared, engaged and learning.

Below you can find a couple of examples of the accompanying presentations and information available to my students for some of the the projects I mention in my post.

Christmas is just around the corner, exams have finished but classes still go on… Make the most of the class time left with a Christmas activity or two…

I adapted the following activity from a blog post I read a couple of years ago on elt sparks.  The activity is based on a Christmas ad for H&M by the director Wes Anderson. My students were really struggling with the past tenses (past simple, past continuous and past perfect) and needed more practice.  I decided to use a narrative (the advert) to facilitate understanding and provide further practice.

The advert tells the story of some passengers who are stuck on a train after bad weather and mechanical difficulties cause the train to be delayed.  This delay means they will miss Christmas with their families. The conductor and his assistant decide to organise a Christmas brunch in the cafeteria for all their passengers to make them feel better and they have an ingenious idea to execute their plan… END_OF_DOCUMENT_TOKEN_TO_BE_REPLACED

Here’s a link to my latest blog post Empower students with flipped, cooperative learning on www.teachingenglish.org.uk where I answer the following question:

More and more, we are told that our role as teachers is changing. We are told that the skills our students need for the future workplace in a globalised world are different from how they used to be. Creativity and imagination, collaboration, critical thinking, citizenship, student leadership and digital literacies are all things our students need to be competent in. How do you provide a focus on these skills in your classes? What activities do you do that help your students develop these?

I recently updated a post from 2016 Learning and teaching using a wiki following the closure of Wikispaces (the platform I was using to host my wiki.)  When I heard about the impending closure of Wikispaces my first reaction was to panic!  What was I going to do? I had spent hours learning how to use it and hours adding content and, whatsmore, so had my students.

After the initial panic, I started to consider my options rationally.  Without a doubt I wanted to carry on using a wiki with my students so the next step was to research the alternatives on offer.   END_OF_DOCUMENT_TOKEN_TO_BE_REPLACED

Stories are all around us, be it in oral or written form. Some entertain, some educate, some explain and many transmit our feelings, beliefs and values. Every day, every year, every meal, holiday, encounter, memory… tells a story.  We think in narratives all day long, making up stories in our heads for every action and conversation. It’s how we understand the world.

Telling stories is nothing new, we’ve been doing it since ancient times and the power of a story is undeniable, but what makes stories so engaging?

END_OF_DOCUMENT_TOKEN_TO_BE_REPLACED

I am excited to have been accepted as a TeachingEnglish blogger on the British Council’s website www.teachingenglish.org.uk and to have published my first blog post there.  The topic I chose to write about this month is one that I feel passionate about, using technology to enhance the teaching and learning process.

What ICT tools or resources do you currently use in your classrooms and why? What are the pedagogical benefits of the tools you use and how do you evaluate their effectiveness as a learning resource?

Read about how I use Google Classroom and wikis to break down the classroom walls, making learning English more personal, relevant and engaging.

A little bit about me…

I am an EFL/ESL teacher and Neurolanguage Coach® I help learners become more autonomous using brain-friendly strategies to be successful lifelong learners. I am a passionate advocate of flipped learning, cooperative learning and using storytelling in the classroom. I love exploring and using new technologies to make teaching and learning even better. 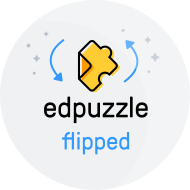 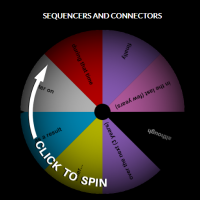